I chose to make this blog post in two parts because to understand the central part of my post, I needed to recap my previous 13 months. That, and it was getting long even for one of my posts.

My attitudes toward my wife have not been very good for the last 8 years of our marriage. I had been able to suppress my frustration, resentment, anger, and bitterness better at times than at others. After HeartChange things got better for a quite a while, the weed having been cut and even burned to the ground, but the root that fed the problems had not been exposed and purged. It regenerated and came back.

An action on my part that resulted in my hurting someone else came to light this past week. I had forgotten all about the incident (as had the person I was very rude to), but I wrote her and asked for forgiveness, which she granted. She took the opportunity to point out some things in my life that she thought were not entirely kosher, and I accepted her words and admonishment. I think best in writing, so in my reply to her I was trying to explore why I had all of these negative feelings towards my wife (which is something my friend brought up), and then it hit me:

I was a misogynist. But oddly enough the scope of my misogyny was limited to and focused on my wife. I have stood up for and helped console and even championed the right of women to be equal with men (in my own limited scope of impact) to the point where I thought I may be a feminist. I did not believe anything was the matter with my treatment of my wife because I never tried to control her, or prevent her from going somewhere if she wanted to go, or buy what she needed, or even get a job if she so chose. That she didn't always avail herself of the opportunities presented wasn't my problem. Or so I thought. The problems all stemmed from the hurt and pain I went through early in our marriage. Or so I thought.

In an instant I had a book's worth of information run through my mind. The attitudes and actions I displayed - they all led back to what I learned in the IFB, the Independent Fundamental Baptist church.

First, let me apologize in advance to some people who will likely not understand or realize the enormity of the problems at hand. I have no desire to hurt you. You know who you are, and I love you regardless of how things turn out after you read this.

I am going to list a number of common thoughts among different groups within in the IFB system. Many I myself never believed. Some I believed until about 3 years ago. Some I held against my wife. But here they are:
I could add more, but I think you get the gist of what's wrong in that system. Not every church teaches this litany of filth. Some teach the more extreme items listed above, some the more mild. Some are pretty decent about it. But all of this evil. And most of these are teachings I have heard first hand from pulpits, Bible professors, chapel speakers, seminar speakers, Christian counseling mini-seminars and Bible college classrooms, and all in a co-ed setting. There are a few points which I have received second hand, but from multiple and credible first hand witnesses.

The IFB claim to elevate women and honor them, placing them on a pedestal of high honor, almost angelic in their reverence for the "pure" woman. But let one feather be perceived to be slightly out of place or her halo not quite bright enough for the most scrupulous observer, and she will be the torn down off that pedestal and forever be tarnished with a "reputation." There is such rampant depression among the women in these churches that it is epidemic. And no wonder! They live everyday of their lives being told they are worthless just for being a woman, let alone the guilt and shame heaped on them by the bully-God these churches preach. But you will never get them to admit to being depressed because to the IFB, any form of depression is a sin, a sign of not fully trusting in and relying on God, a sign that something is wrong with them spiritually.

And it doesn't matter how liberated a man feels in his view towards women. If he is in these churches and institutions and hearing these things, even in much milder form, daily, weekly, regardless of how he believes himself to be a lover of women's rights and equality, he is going to absorb some of this into his psyche. Which is exactly what happened to me. (And you might ask why I didn't leave the system sooner. Well, when you're taught that all other Christian denominations are either corrupt or compromising the Truth, there aren't too many places a guy believes he can go and remain a "good" Christian.)

I had not realized that the mistrust I bore my wife had it's roots in the IFB system. I did not know the extent to which their poison had permeated me. Having had my eyes opened, I am now mortified at what I have done to my wife for the past 8 years. I saw her as controlling, manipulating, deceiving, selfish, devious, untrustworthy, corrupting, and a tether preventing my soul from flying. And can there be any wonder I thought this given the poison seeping into my soul for all those years?

In the end, I will own my wrongful attitudes and hurtful actions towards my wife. They are mine, and mine alone. I cannot say that this one epiphany has cured me completely. Years of attitude will take a long time to heal and undo. But I have a start, a place of enlightenment where I was able to understand something about myself that I would never have known otherwise.

This storm I went through was brutal. But it led me to this epiphany. And perhaps God will show Himself again, let me see that He had always been there, that he guided The Storm so that I would come to the understanding that I did, that He protected me from the worst of it. That is why this storm was

Add comment
Load more...
Older Post Home
Subscribe to: Post Comments (Atom)
Should you have any topics you wish me to discuss, or something you wish me to revisit in more detail, I will do what I can. Thanks for reading! jemusk *at* gmail *dot* com (an attempt to defeat spambots) 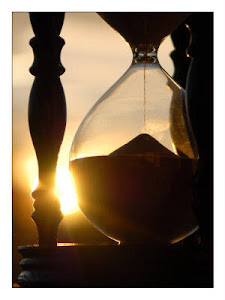